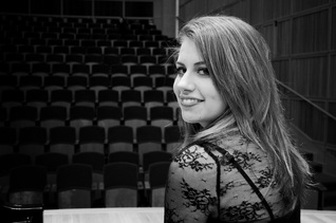 In the 2012-2013 season, Stefani will make her New York debut in Alice Tully Hall performing the Britten Violin Concerto under the baton of Jeffrey Kahane. She will also make her solo recital debut at the Phillips Collection in Washington D.C., and will be featured soloist with Greensboro Symphony and Symphony in C.

She has been featured with numerous orchestras throughout the United States including Aspen, Blue Ridge, Cleveland Institute of Music, Greensboro, Mid-Atlantic, Neponset Valley, North Carolina, Western Piedmont, and Winston-Salem Orchestras.

As a dedicated chamber musician, she has collaborated with many distinguished artists including Bonnie Hampton, Mayuko Kamio, Kurt Muroki, Christopher O’Reilly, Itzhak Perlman, and Dmitry Sitkovetsky. During her past summers, she has made appearances at music festivals of Lake George, Perlman Music Program, Verbier Academy, and Yellow Barn. She has also participated in Aspen Festival, where she was a Dorothy DeLay Fellow. In New York City, where Ms. Collins is based, she performs regularly with Jupiter Chamber Players. She also serves as concertmaster of Symphony in C.

She is currently pursuing her Masters of Music at The Juilliard School under the tutelage of Sylvia Rosenberg, and has a Bachelors degree from Cleveland Institute of Music with Paul Kantor. Stefani plays a violin by Pietro Guarneri made in 1734, on a gracious loan from the Virtu Foundation.