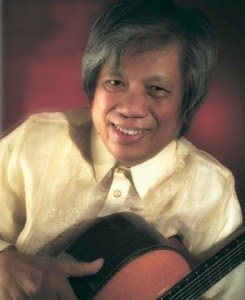 Michael Dadap has been the artistic/music director and conductor of The Children's Orchestra Society since 1984. Greatly influenced by church, jazz, big bands, and folk music, Mr. Dadap first received his early training in solfège, theory, and composition from his older brother Jerry. After graduating from the University of the Philippines majoring in philosophy, he pursued further music studies at Mannes College of Music and The Juilliard School. In collaboration with the COS faculty and staff, Mr. Dadap has initiated and developed many teaching and orchestral training programs, including solfège and ear-training for the very young, chamber music for beginners to advanced players, and an emphasis on reading music, which all have become permanent signatures of COS. As a conductor, Mr. Dadap has conducted and collaborated with some of the world's most renowned concert artists. As an accomplished classical guitarist, he made his Carnegie Recital Hall debut in 1974 and has since performed in numerous concerts internationally. As part of the Dadap-Ma duo, he has toured in the United States, Europe, and Asia. Mr. Dadap's published solo guitar recordings include Lambingan, (Tenderness) Songs of the Visayans for Voice and Guitar, Himig Ng Puso (Songs from the Heart), Harana (Serenades for Solo Guitar), and Intimate Guitar Classics, which was featured as "album of the month" on WQXR in February 1990.

As a composer and passionate folklorist and advocate of music from his native Phillippines, his composition Handurawan Dance Suite won the Asian-American Alliance for the Arts Award and was premiered by the Brooklyn Philharmonic Chamber Ensemble in 1988. His Sinulog Suite for Orchestra, commemorating the Philippine Centennial, was premiered by the YSE in the 1998 Discovery Concert and given its UK premiere during the YSE's tour of London and Edinburgh in August of 2005. Mr. Dadap has written works ranging from solo, chamber, musical plays, folkloric ballet music, to full orchestral works. In March 1999, a collection of his works including his Four Visayan Serenades for Guitar and Song Cycle for Tenor, Cello, and Piano were presented by the Felipe De Leon Foundation at Weill Recital Hall. Mr. Dadap has devoted much of his career to the appreciation of Filipino folk music, pioneering the awareness of Filipino Rondalla in the United States.

Despite his busy schedule, Mr. Dadap continues to involve himself in outreach programs in his homeland by performing solo and chamber guitar concerts and giving master classes. In 2002, he opened the first International Guitar Festival in the province of Bohol and appeared as the guest conductor of the Philippine Philharmonic Orchestra. He is active in giving workshops on the Bandurria (a 14-string folk instrument), and continues to serve as a music arranger and consultant with the Iskwelahang Pilipino Rondalla (Philippine School Rondalla) of Boston MA, a folkloric ensemble he co-founded with Mrs. Cristine Castro in 1984. In February of 2004, he was invited to speak and present his new book, Method for the Virtuoso Bandurria at the First International Rondalla Festival in Naga City, Philippines. He has served as an artistic consultant for the Asia Society and was a featured presenter at Body and Power "The Politics of Culture in Nineteenth-Century Philippines," a symposium cosponsored by Asia Society and New York University. Currently he also serves as a visiting Professor of Silliman University in Dumaguete City, Philippines.

Mr. Dadap was named the 2000 "Artist of the Year" by Flushing Council on Culture and the Arts. Mr. Dadap conducted a series of ten workshops in 2004 entitled "Music Appreciation and Participation for the Hearing Impaired Children," a joint project between the Childrenᾦtrade;s Orchestra Society and the Lexington School for the Deaf. He is currently working on his latest compositions, a Concerto for Guitar and Orchestra commissioned by the Philippine Philharmonic Orchestra, a three-act musical play, YUTAO, and a Visayan Liturgical Music for chorus, chamber orchestra, and Rondalla.

Working together for the last 22 years with COS Executive Director Yeou-Cheng Ma, the COS takes great pride and joy in growing from a "Mama and Papaᾦtrade;s" outfit into a full time arts organization advocating for children with a strong desire to learn and the love to make music together. Mr. Dadap resides in Queens with his wife, Yeou-Cheng Ma, They have two children, Daniel 22, and Laura, 19.