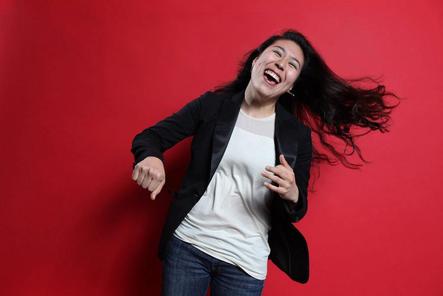 Cellist Deborah Pae is captivating audiences on world stages as a seasoned recitalist and chamber musician. She has appeared in recital at the invitation of the Louvre Recital Series in Paris and Musée de Grenoble, the Colony Club, Young Musicians Forum, Neue Galerie (NY), Artists Ascending Recital Series (TN), and the Van Wezel Foundation’s Young Artists Series (FL). Ms. Pae has also been featured in performances at several festivals including the Steans Music Institute at the Ravinia Festival, the Perlman Music Program, Kneisel Hall, the 7th Adam International Cello Festival in New Zealand, the International Musicians Seminar at Prussia Cove, and has participated in master classes by Alfred Brendel, Wolfgang Emmanuel Schmidt, and Ralph Kirshbaum.

In March 2006, Ms. Pae became the first cellist in 16 years to receive the New Jersey Symphony Orchestra’s first prize Henry Lewis Award in their 30th Annual Young Artist Auditions. She made her solo debut with the NJSO in a series of concerts at the New Jersey Performing Arts Center and Red Bank Theatre, and since then, has also performed as soloist with the Livingston Symphony Orchestra and Westchester Philharmonic. She has appeared at the 45th Annual Grammy Awards at Madison Square Garden and the Recording Academy’s 7th Annual Grammy “Salute to Classical Music,” honoring legendary cellist Mstislav Rostropovich in 2003.

As an avid chamber musician, Ms. Pae has been described by the New York Times as “an alert cellist, [who] provided a solid foundation” after performing Mozart’s String Quintet in G minor with violinist Itzhak Perlman at the Metropolitan Museum. As alumna of the Perlman Music Program, she collaborates on many occasions with Mr. Perlman including performances of Tchaikovsky’s Souvenir de Florence and Mozart Viola Quintet in D-Major at the MET Museum and McCarthur Theater Center at Princeton University, and multiple performances of Mendelssohn Octet which was played at the opening night of the Kennedy Center’s Family Theater. Ms. Pae has also traveled with the program to Israel, China, and Sarasota, Florida. She has appeared on PBS’s “Live From Lincoln Center” in 2003 and CBS’s Kennedy Center Honors with Itzhak Perlman and Pinkas Zuckerman, as well as Radio France in her European debut at the L’Auditorium du Louvre in 2005.